In the midst of the Russia-Ukraine war, there has been a new revelation in the case of the missile attack on Poland. The US President says that the missiles that fell in Poland were not fired from Russia. At the same time, US officials say that the missiles that fell on the territory of NATO member country Poland were from Ukraine. Actually, to stop the Russian attack, Ukraine also fired missiles, which fell into the border of Poland. Two people died in this incident.

However, US President Joe Biden, in an emergency meeting with world leaders, termed the bombing of Ukrainian civilians as barbarism by Russia. Let me tell you after the missile fell in Poland, Biden called an emergency meeting of G-7 countries and NATO member countries. Biden said during the meeting, we support the investigation into the damage done in eastern Poland and the attack from Poland. Biden said we are fully supporting Ukraine at this time. We will continue to provide all possible help to Russia in its war against it. On the other hand, after increasing tension on the border, Poland has asked its army to be on alert.

Poland summons Russia’s ambassador at the same time, Poland has summoned the ambassador of Russia in this matter. A statement in this regard has been issued by the Ministry of Foreign Affairs of Poland. Ministry spokesman Lukaj Jasina said that we have immediately sought a detailed explanation regarding the incident. The ministry has said in its statement that on November 15, there was heavy shelling on Ukraine from Russia and the army also destroyed its structural structures. At 3.40 p.m. a Russian-made missile was dropped on the village of Przewodów, Hrubijów District, Lublin Province, and resulted in the death of two citizens of the Republic of Poland. That’s why Poland’s Foreign Minister Zbigniew Rau has urgently summoned the Russian ambassador and asked for a detailed explanation of the incident. 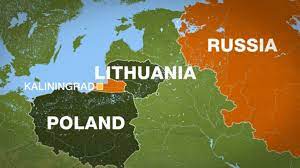 The rocket was made in Russia, Poland’s foreign ministry confirmed according to the latest information received from the news agency ANI, the Foreign Ministry of Poland has confirmed that the rocket that fell on its territory was made in Russia. On the other hand, under the request made by Poland on the basis of Article 4 of NATO, the ambassadors of the member countries involved in NATO will hold a meeting on this matter today. According to Article 4 of NATO, members may raise any issue of concern to the security of a member state. This information has come to the fore by quoting European diplomats.

Russia refused the same time, Moscow described the report of the attack of Russian missiles on Poland as a ‘provocation’. News agency AFP gave this information. Russia’s Defense Ministry has denied reports that Russian missiles struck Polish territory. Describing the report was described as “a deliberate provocation in the midst of an escalating state of war”. The Russian Defense Ministry said that no strikes were carried out by Russian missiles targeting the Ukraine-Poland border. On the other hand, Hungarian Prime Minister Viktor Orban called a meeting of the Defense Council on the news of missiles falling in Poland. AFP gave this information by citing the official.

US National Security Council spokesperson Adrienne Watson said in this regard that we have seen reports from Poland. We cannot confirm the report or any of the details at this time. US National Security Advisor Jake Sullivan talks with Jacek Siwiera, head of Poland’s National Security Bureau. NATO Secretary General spoke to the President of PolandNATO Secretary General Jens Stoltenberg speaks to Polish President Andrzej Duda on reports of ‘explosion’ in Poland, condoles loss of life, insists on establishing facts. Apart from this, President Andrzej Duda and US President Joe Biden have also talked about the current situation.

The prime minister of Poland called a meeting Polish Prime Minister Mateusz Morawiecki called a meeting of the Security Council Committee of the Council of Ministers after reports of missiles falling on the country’s territory. Government spokesman Piotr Müller tweeted that Prime Minister Morawiecki urgently convened the Council of Ministers’ Committee for National Security and Defense Affairs. Regarding this matter, Western media said that two uncontrolled rockets fell from Polish territory, which was fired from Russia. Poland is a member of the North Atlantic Treaty Organization (NATO) military alliance.

Article five of the NATO treaty states that if an armed attack occurs against a member state, it will be considered an attack against all members. News agency Reuters reported that Russia rained missiles on Ukrainian cities on Tuesday after withdrawing from Kherson. Air raid sirens wailed and explosions rocked nearly a dozen major cities amid the missile attacks. Looking into reports of Russian missiles falling in Poland: PentagonAfter reports emerged about Russian missiles falling on Polish territory, the US stressed the need to gather facts about the situation before reaching any conclusions in the matter.

Pentagon spokesman Brigadier General Patrick Rider said during a press briefing that we are aware of this report, but have no information at this time to confirm the report. We have taken this matter seriously and are looking into them. As soon as we have information about it, we will let you know about it. He said that we are collecting facts in this matter. I think it is what all of us should do is gather facts before speculating or jumping to any conclusions.

Zelensky targets Russia at the same time, Ukrainian President Volodymyr Zelensky said, there was a phone conversation with Polish President Andrzej Duda after the missiles fell. Condolences on the death of Polish civilians in the Russian missile attack. We shared the available information related to the case, he said. The world should be completely protected from terrorist Russia, he said.

admin2 months ago4 weeks ago 0