Account is only for government employees. GPF is a type of retirement plan, which raises retirement fund for the employees and this amount is received at the time of retirement of the employees. Under the new instructions of the government, now there will be a condition for depositing six percent amount in GPF account, as well as its maximum amount has also been fixed. Now no employee or officer can deposit more than five lakh rupees in GPF in any way.
The Central Government has fixed the maximum limit for depositing money in ‘General Provident Fund’ ie General Provident Fund.

Now no government employee will be able to deposit more than Rs 5 lakh in GPF. Employees’ organizations allege that by taking this step, the central government has tried to snatch financial benefits from the workers.The state government has been given a big relief by the cabinet. Till now it was a rule that any employee deposited 6 percent of his total wages in this fund. There were also many such employees who used to deposit six, ten or twenty percent of their wages and even more. The interest earned on this deposit is generally higher than that of banks. At present, GPF account holders get interest at the rate of 7.1 percent.

After the decision of the cabinet, now the GPF deduction has been approved for all these employees. After its implementation, the state employees will get a big benefit and the employees will be able to take advantage of this if needed in future. The State Government of Rajasthan has decided to amend the General Provisional Fund Rules, 2021.

With this decision, all the employees of the state will be kept under the purview of GPF. Along with this, the Rajasthan cabinet has amended the Rajasthan Agricultural Produce Market Act and the rules for allotment of 2,397 hectares of land for the 1,000 MW solar power project in Jaisalmer. During this, a meeting was held on Saturday under the chairmanship of Chief Minister Ashok Gehlot. A resolution has also been passed to rename Bharatpur Medical College after former Chief Minister Jagannath Pahadia.
On which employees will GPF be applicable?

A letter in this regard has been issued on November 2 by the Department of Pension and Pensioners’ Welfare under the Ministry of Public Grievances, Personnel and Pensions, Government of India. An order in this regard was issued by the department on June 15. There was also a mention of a maximum limit of five lakh rupees. Later, questions started coming from many ministries and departments on how to implement it. There are also many employees who have deposited more than five lakh rupees in this year. 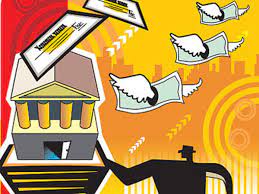 What is GPF and what happens?

General Provident Fund (GPF) General Provident Fund Rules Account is only for government employees. GPF is a type of retirement plan, which raises retirement fund for the employees and this amount is received at the time of retirement of the employees. It is similar to EPF and works on the same basis.
How much and how is the deduction and what is the benefit?
Government employees can contribute up to 15% of the salary to the GPF account. Under this, an advance feature is available, in which the employee can withdraw the fixed amount from the GPF account if needed and can deposit it later. No tax was also charged on this, the government has reduced the interest rate of GPF to 7.1 percent for the quarter from July 1, 2021 to September 30, 2021. In this scheme also the interest is fixed on quarterly basis.

Man Dies After His Head Smashed With Brick Over Parking Row