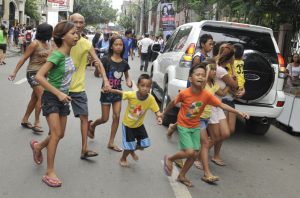 Scientists believe that an earthquake of magnitude above 5 can be dangerous for Delhi NCR. Many times necessary guidelines have also been issued for the people so that they can protect themselves. Keep in mind that this is the second major setback within a week. Let me tell you, earlier Mangalwakar had felt strong tremors of an earthquake in Delhi-NCR.

According to the National Center for Seismology (NCS), a 6.3-magnitude earthquake occurred at 1.57 am. According to the Center for Seismology, its epicenter was near the border of Southeast Nepal. This place is 90 km away from the Pithoragarh district of Uttarakhand. The tremors of this earthquake were felt in the country, apart from the capital Delhi, especially in many cities of the northern states of Uttarakhand, Himachal, and Uttar Pradesh. There was no report of any loss of life or property due to the earthquake late last night.

Cause of earthquake:  There are seven plates inside the earth, which keep rotating continuously. The places where these plates collide more are called fault line zones. Due to repeated collisions, the corners of the plates get bent. When the pressure becomes high, the plates break. Due to their breakdown, the energy inside finds a way to come out. This process is followed by an earthquake.