In the Khyber Pakhtunkhwa region of Pakistan’s northwestern region, a terrorist group attacked a police van. 6 Pakistani soldiers were killed in this attack. Pakistan Prime Minister Shehbaz Sharif condemned the attack on a police van in Lakki Marwat in Khyber Pakhtunkhwa province. He admitted that terrorism is one of the major problems in Pakistan.

The Pakistan Taliban claimed responsibility for the attack on a routine police patrol. Six policemen were killed in the attack. A Tehreek-e-Taliban Pakistan (TTP) spokesman had said that a police van going to raid the area was ambushed. Sharif said this time Minister Sharif expressed his condolences. He said that terrorism is one of the major problems in Pakistan. We don’t have to make any mistakes now. Our armed forces and police have fought this menace valiantly. 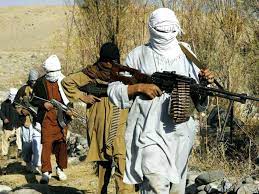 No words are enough to condemn the terrorist attack on a police van in Lakki Marwat. My thoughts and prayers are with the bereaved families. The report sought from Chief Secretary and meanwhile, Pakistan’s Interior Minister Rana Sanaullah also condemned the attack on police personnel in Lakki Marwat and sought a report on the incident from the Chief Secretary and IG Khyber Pakhtunkhwa. Federal Interior Minister Rana Sanaullah strongly condemned the terrorist attack on the police van in Lakki Marwat and expressed concern over the incident.

A report of the incident was sought from Chief Secretary and IG Khyber Pakhtunkhwa Ceasefire in force since MayTTP has been active in North-West Pakistan for years. It was once a base for terrorists from both sides of the Afghanistan-Pakistan border. Peace talks between Islamabad and the TTP have begun after the Taliban regime change in Afghanistan, but have not yielded any results so far. However, a ceasefire has been in force since May.