A Pune-based weapon manufacturing company has taken an order of about 12 thousand crores from one country. This order is of an indigenous 155mm artillery gun. There is a discussion that this order has been taken from a company in Saudi Arabia. However, there has been no official confirmation of this. India is now preparing to give strength to Saudi Arabia, which is facing America’s displeasure over OPEC Plus’s decision to cut oil production.

Discussion in media reports that Pune-based company Kalyani Strategic has finalized a deal accepting an order of 12 thousand crores. Under this deal, indigenous 155mm artillery gun artillery guns will be supplied. However, neither Saudi Arabia has been named by the company so far, nor has it been told in what number this weapon will be supplied. But quoting the report of Financial Express, it is being said that the Pune-based company has an agreement with Saudi Arabia only.

Giving information to the Bombay Stock Exchange (BCE), the Kalyani Group, without naming Saudi Arabia, said that the company has received this order from a country that is not involved in any conflict or war zone. This order has to be completed within three years.  According to the company, this deal will strengthen and boost the export of Made in India’s arms. Along with this, it will also be in line with the agenda of a self-reliant India. According to the report of Financial Express, this company was in talks with Saudi Arabia itself and this arms deal has been done with Saudi Arabia. 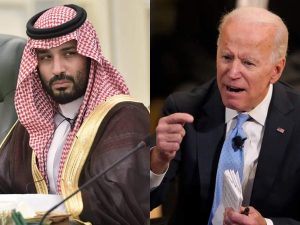 The company did not take the name of Saudi Arabia, yet the discussion is in full swing :

According to the report, in the year 2020, the Kalyani Group sent two Bharat 52A 155mm, 52 caliber howitzers to Saudi Arabia for trials. The company has now not named any country in the information given to BSE, but there are indications from industry sources that these weapons can be sent to Saudi Arabia only. This news has come on such an occasion, when on one hand India wants to increase its arms market for export, on the other hand, Saudi Arabia’s main arms supplier America is angry.

‘Weapons’ issue amid resentment between US and Saudi:

Despite this, relations between the US and Saudi Arabia have soured. The US is also the largest arms supplier to Saudi Arabia. Recently, many US lawmakers also demanded that the supply of arms between the two countries should be stopped. The lawmakers said that the US should stop all types of security equipment supplied to Saudi on its behalf. He claimed that if America did this, then Saudi Arabia’s air force would come to the ground within a month.